In more complicated setups. You have multiple LANs instead of just 1.

Say for example if have 3 LANs (LAN1, LAN2 and LAN3), LAN1 can only see devices that’s connected to LAN1. Devices on LAN1 cannot directly communicate with devices on LAN2 and LAN3 (The same rules applies to LAN2 and LAN3). The router continue to act as the gate keeper directing traffic between the 3 LANs, plus external WAN traffic (Internet). Cut the router and you instantly isolation each LAN to itself.

If a switch only works with 1 LAN, trying to setup multiple LANs across multiple areas/rooms will create significant problems. The amount of wires and switches will grow exponentially, creating big management and administration problems.

Modern switches allow you to create something called a VLAN (Virtual LAN). This feature allows you to create a “sub-switch” within a switch. So you only use a single VLAN capable switch instead of getting three dumb switches to setup your network. And you only need a single switch per area/room.

A VLAN capable switch provides better flexibility, keep the costs down (on hardware costs and wiring), and more importantly makes your life simpler.

In the above example, a router will have a total of 4 IP addresses, 3 LAN address plus a WAN address out to the Internet. Devices can only communicate directly with other devices on the same coloured ports (i.e. blue can talk to blue, red to red and green to green). Inter VLAN communicates needs to cross between the LAN IP addresses of the router. Like the example from the previous page, the router steps in direct traffic between the 3 LAN and the WAN.

Commonly referred to as a layer 3 network (Ability to route data internally and externally), this setup is more common in businesses. While we see a router in this illustration, again like All-In-one home routers, you can also purchase L3 switches that can combine the features of L2 switching and L3 routing (Commonly referred to as Inter-VLAN routing).

Obviously this is a very brief introduction and things are over-simplified. For example I did not elaborate the reasons for running multiple LANs in the local environment, or explain what access/trunk links are, or talk about tagged vs untagged, etc..

There is also the Hybrid models. Multiple LANs, but only some LANs can connect to the Internet (aka has a link to the router). LAN without a IP address on the gateway can only communicates within it’s own network, and nothing else. This model will be described in L2 Strategy #1 later.

Really nice introduction, thanks for sharing and i will follow the next steps for sure. It can be impossible to explain a setup in detail with variety of routers and switchs on the market, but give an example with the main guidelines will be an huge help for that! Happy new year Kith! 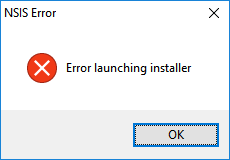