What Are Jumbo Frames?

The size of a network packet/frame is called the Maximum Transmission Unit (MTU). The standard size is 1500 bytes. Here is the breakdown of a TCP network packet.

Any number bigger than 1500 is called a Jumbo Frame. The IP Header and TCP Header sizes are fixed. Thus when you are using Jumbo Frames (say 9000 bytes), you have effectively increased the amount of bytes you can place in the payload. In other words you have increased the amount of data you can move over the network per packet. The payload part contains the actual data of the network transmission. So in the context of audio streaming from the NAS to your PC, the payload contains the music for your streaming PC.

As a very simple example, say you are streaming a short length of music that is 4500 bytes long. On a standard network, the system will break this data down into 4 network packets and send it to the network:

The frames do not always sends up in your streaming PC in the correct, sequential order (e.g. the last frame may be received by your PC first). The network layer on your streaming P C will examine the information kept in the TCP header and re-construct the data into the original.

On a Jumbo frame enabled network. Only 1 packet is sent.

Working on small datasets. A MTU of 1500 might make sense. But if you scale up your network data from Kilobytes to Megabytes or Gigabytes, having larger frame sizes may be beneficial.

"In my next article, I will setup the minimum equipment you’ll need for a Jumbo Frame enabled network. The article will also detail the steps you need to take to enable Jumbo Frames, and some basic diagnostics to ensure everything is working."

Yes! I wait this article with an high interest, we are at the beginning of local network optimization. Do you have a look to http://fasterdata.es.net/network-tuning/udp-tuning/? 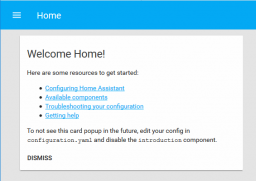