Why Use Jumbo Frames

To be fair there is no real reason to. So why use Jumbo frames then? Simply put, my Hi-fi sounds better with Jumbo Frames.

1500 is a good frame size that stood the test of time. But modern computers, network and even the Ethernet cables themselves are significantly better now. Reliability has improved. Think of the situation where the road limit is 40 Km/h, but every driver on the road is driving a Ferrari and holds a F1 license.

The 40 Km/h limit was devised at a time when roads were of poor quality, visibility is low, brakes are less efficient. Modern infrastructure, cars have improved over the decades, it may be safe to increase the speed limit.

Or not - drivers havn’t really improved.

The problem with Jumbo Frames is it is not an official specification. Every network device maker has their own idea what Jumbo frame is. Running multiple network equipment from various manufacturers on the same network will make it worse.

Jumbo Frames is an example where a misconfiguration will screw things up.

Why? Because it’s not really a standard.

Mixing and matching different sized network frames on the same networking gear is a definite recipe for disaster. You’ll lose network connectivity to a particular device if anything goes wrong. You may even bring down the entire network in the worse case.

My advice is, do not attempt this. But then again, it sounds so good! Pick your poison - if you want to, go ahead and read on.

"In my next article, I will setup the minimum equipment you’ll need for a Jumbo Frame enabled network. The article will also detail the steps you need to take to enable Jumbo Frames, and some basic diagnostics to ensure everything is working."

Yes! I wait this article with an high interest, we are at the beginning of local network optimization. Do you have a look to http://fasterdata.es.net/network-tuning/udp-tuning/? 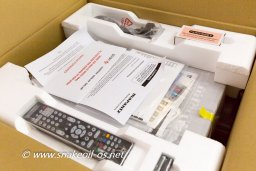