The digital vs analog debate is one of the most popular audiophile click bait topics on the web. These discussions often generate a lot of interest and opinions from both factions. As a snakeoil salesman, this is click bait one simply cannot resist.

One claim from the digital group falls along the lines of the following:

Not sure why I would even dedicate a blog post to this, as anybody with an iota of common sense will know the above assertion simply cannot be true. To belief in the above is akin to saying something incomplete and complete is the same thing. That a paradox is actually not a paradox at all.

This myth has traction because there are cases which construction can be perfect - band limited signal.

Here’s what wikipedia has to say about the Sampling Theorem:

You can think of sampling theory as video captured with a video camera. There are several attributes that can dictate the quality of the recording:

If you’re into AV you should be well aware what the above are.

High resolution video requires an enormous amount of data, UHD 4:4:4 requires 17.2 Gigabits per second (if not wrong). The higher the frame rate, the smoother the video, and the higher the resolution, the better the picture detail. It is industry agreed (and consumer argued) that a resolution of 24 FPS and 1080P is pretty good threshold for most people. Most people can’t resolve 1080P unless they sit too close to the TV (sitting distance vs screen size). And it was a long time industry standard that 24 frames is enough to trick people’s eyes about motion. With video, for every second, there is a lot of data that is sampled, up to 17.2 Megabits per second for UHD content.

FPS is also the same unit of measurement as Hertz. In video 24 FPS means there are 24 picture every second, in audio 44.1 kHz means there are 44100 measurements a second. So the frame rate of video is akin to the sample rate of audio, and the resolution of video is akin to the bit depth in audio. In audio, instead of capturing a field of RGB values, we are only capturing the energy of a sound wave.

Appreciate the scale of difference between the two. If you think BD spec video capture (at many times the resolution of audio capture) is not a perfection recreation of the real world, would you not make the connection that the same can’t be true for audio as well?

You can appreciate that a video footage is a bridge to a world event. But nobody would associate playing back of video as recreation of the real event.

Some will argue audio waves is “simple", 2 measures per sample (1 for left and 1 for right)  is all that is required for this so called perfect reconstruction. And may I refer back to the original theorem, IT IS BAND LIMITED! To say audio reconstruction is perfect is like saying video playback is perfect if the word is band limited. Discrete and continuous is not the same thing. Thing if discrete as a lossy representation of continuous.

So is digital bad? Not at all, like all things it all depends. In AV 720P if done right can be better than 1080P. As always, focus on the music, listen to what your emotions is telling you. Forget about aiming for perfect and accurate as they are NOT the metrics you should look at in a good sound system.

The key to a good sound system in my opinion is to have a system that can bring out your emotions and let you go for a ride.

That is all for now, stay tuned for more audio myths in the future.

Founder and lead architect of Snakeoil OS - the ultimate audiophile operating system for music playback. My primary focus is in applying technology without losing the human touch.
Deprecated: mb_strrpos(): Passing the encoding as third parameter is deprecated. Use an explicit zero offset in /var/www/snakeoil/inc/_ext/_url_rel2abs.php on line 157 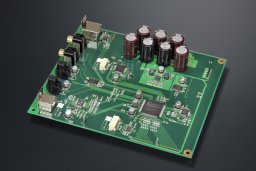