The following illustration explain the general differences between the three types, graphically representing the trade off relationships between “usefulness” vs “power efficiency". Over the years though the lines have blurred.

Engineers have miniaturised the transistors on general CPUs and FPGA (to 12 nm and lower) and upped the clock speed - these updates improve the power consumption and speed, bridging the gap of both architectures closer to ASIC ever closer. We are now living in a world where CPU and FPGA have bridged the gap and moving ever closer to the speeds and power consumption of ASIC.

For whatever reasons the audiophile community is now embracing FPGA and general purpose processors as being superior over DAC. FPGAs are usually costly than DAC; general purpose processors allow people to manipulate digital audio, both traits give people the impression they are (or can be) better. Traditional ASIC solutions is now the poorer cousin but there really is no practical reason for this.

The truth is none of them is no better or worse than the other, ultimately it all boils down to the implementation. 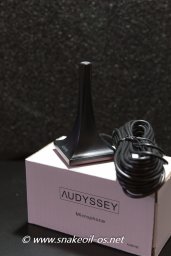