Music is food for the soul.

It’s great to listen to music in the comforts of your own home. However, sometimes it’s a great experience to re-calibrate your auditory sensors by going to concerts and live events. I’d avoid crowded venues whenever possible, however when Michael Ball and Alfie Boe announced their Australia Tour 2017 and will be in town (Perth, Western Australia), it’s a opportunity that simply cannot be passed up. I love musicals! This show is the best performance I have been to so far. Perhaps it’s because I’m so close to the performers.

The icing on the cake is their two albums: Together and Together Again are surprisingly well recorded and mastered - rare gems in the modern music world.

My last show for the year is the ‘Christmas With The Idea Of North & WASO’. The Idea Of North (TION) is an Australian acapella group. I’m a big fan and will always try my best to watch TION perform every year. TION has regrouped recently, Sally and Andrew replaced by Kate (centre) and Luke (first on left).

I do have a sense of nostalgic sadness some members have departed, but do have faith in the calibre of the new members. A new addition - Kaichiro Kitamura is a great vocal percussionist! Check him and TION out at the end of this blog.

The point of this blog - go out and listen to music whenever you have the chance. Listening to hifi at home does not give you the same experience and enjoyment to a live performance.

And yes, I do note the irony that while I don’t want to lose the human touch when it comes to hifi, in real life I do have a tendency to avoid all forms of human touch. Mr Ball can vouch for that - when he tried to shake my hands, I froze! 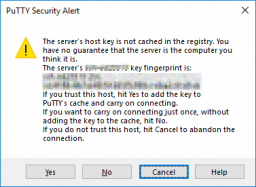