In a nutshell a fuse is:

an electrical device that acts as a sacrificial device to provide over current protection.

i.e. a fuse is something that will blow itself up when electrical current exceeds a pre-defined threshold.

This act of self sacrifice breaks the electrical circuit and this prevents everything behind the fuse from catastrophic damage (i.e. certain death).

An audiophile grade fuse simply put is an item constructed from components and materials with a single goal in mind - uncomprosing audio quality. The term “Fuse Rolling” involves replacing the stock fuse with a different fuse (not necessarily an audiophile grade fuse) to influence the sound signature of the audio system.

An example of an audiophile grade fuse is the TF Series Fuse from Furutech, pictured here.

Whether fuse rolling is something you should consider is subjective. Read on to find out if audiophile fuses is a thing for you.

Totally agreed with your review. Having installed and lived with two small Furutech fuses for 24 hours (obviously not burned in yet), I’ve found them to possess those characteristics that you described.

I’ve seen more expensive fuses advertised else where, so I think these Furutech are pretty cost effective especially for what they do to our gear. Thanks for the good work.

As i changed the amp and dac inlets to furutech Fi-09 and sow a justification for the investment/84€ each; will look ahead for the fuse. Thanks for the in-depth review.

So you’re basically saying you need to be willing to expect improvements if you are going to roll fuses. That is <strong>exactly</strong> how the placebo effect works. This primes you to hyper focus on details until your brain tells you there is a difference. This renders all findings anecdotal, at best. Snake oil thrives in these conditions.

Please perform a proper blind actual ABX test performed. This will not only show if there’s a difference, it will also show which one is preferred. The null hypothesis needs to always be that there is no difference.

I think you’ll hate my views on Blind Testing then (https://www.snakeoil-os.net/news/folklore/folklore-3-blind-testing).

You may well be surprised how much more enjoyable you’ll get from your sound system if you start focusing on that.

I avoid deluding myself; it makes my opinions worthless for others and my conscience will not allow it. I A/B test for a living and know the value.

If I can measurably detect a difference with a tweak or gear - I am willing to spend money. If I cannot, I move on to something where I can. It’s simple really. The placebo greatly undermines your resource allocation.

Recently, I regret getting an Uptone EtherRegen and not returning it within the window (due to outside circumstances). The damn thing does nothing at all except generate heat.

That is some good advice Frans. Like you I always maintained my opinions are worthless to others. This is why the motto of Snakeoil OS is - Music Your Way, Designed By Us Defined By You.

The subject (music listener) is the litmus test and is what matters. If you use A/B or ABX tests and find it works for you, then good for it. At the end of the day, it’s music your way (i.e. defined by you).

And yes, you basically nailed my approach to Hifi in the first sentence, I’m indeed trying to delude myself. After all I am doing everything I can to reproduce music to trick my brains into thinking something fake (a recording) is something real (a real life person performing in front of me). We all know what an optical illusion is, I’m effectively doing an audio illusion. The key thing is that audio illusion is only very likely work for me and me alone. If you drop by and listen to my setup, it’s very unlikely you’d experience the same effects I do.

I have never tried EtherRegen, although I do own a Uptone power supply. To be honest I don’t change my Hifi equipment that often, havn’t changed a thing in well over 10 years (probably more). My focus always has been making my current system better. 10+ years in I estimate I’ve only managed to bring out maybe 70% of the performance out of my sound system. My current focus is still on trying to bring something more out of my current equipment. The only upgrade I would do right now is if I can find a matching second pre-amp + amp (SC11 and SM11) and split my left and right channels (i.e. one pre-amp and amp for left, and another for right). 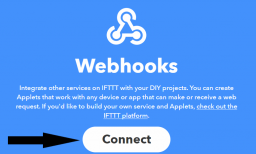