My Experience With Bit Rot

Since sometime from 2010, I’ve been using a NAS. My first machine is a 7 bay SOHO NAS made by Thecus - the 7700PRO. All my photos, music, movies and a ton of Animes I’ve collected since my childhood have been transferred from various medium and storage to this NAS.

The N7700Pro faithfully serve my digital content for well over 6 years, until I begin to notice something strange. The data that I copied and CRC32 (later MD5) checksum verified during the transfer stage start to show problems. These problems is usually over in a blank of a eye so I did not really pay much attention to it. The problems include:

Not a lot of files are corrupted. A rough number would be less than fifteen files from tens of thousands, with MPEG2 files (Copied from Video CDs accounting for the majority). This is enough to make me curious to investigate further. Easy enough for FLAC since it has a built in integrity checker. 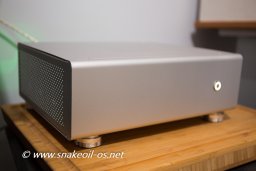