Truth be told - all professions are to be respected; but not everybody holding a profession deserves the respect extended from his/her job.

There are some statements that irks me incessantly on the Internet. Some examples are:

Statements like this always surface in audiophile discussions when topics like inter-connects, power cables, and the latest craze right now - MQA. There is a very high probability the above statements will appear in any controversial topic where there is strong interest (i.e. lots of clicks), and strong opinions from two opposing extremes.

In my opinion statements like this is a lazy argument - it’s often as if the people have run out of things to say, and just throw this into the mix because they can. There are several problems with statements like these. 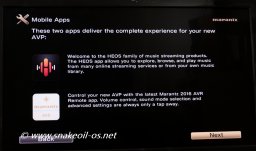