I have been silently observing (lurking) an Australia Internet forum. Two topics there pique my interests.

One is talking about ‘Audiophile Myths’, the other is questioning why musicians don’t seem to know about ‘high quality’ HiFi equipment. In the threads, the people are finding articles on the Internet to support their arguments. As absurd (IMO of course) as some of the points discussed are, they are still OK if you only read the thread on it’s own.

However, if you take a step back and combine the ideas of the two discussions together, you’d come up with what could well be a ridiculous observation, and it is:

Musicians have no idea what music is all about. Scientists and engineers do.

Let that sink in for a moment. Perhaps it’s not ridiculous after all, there are tons of research suggesting music and maths are one.

Maybe the Audiophiles have it right. Perhaps scientists and engineers do know what music is, and musicians don’t.

This idea is so irrational, it’s borderline ridiculous. This is why the discussions are in two separate thread. The two realities cannot exist together. People are so focused on the topic at hand, and start taking anecdotal observations, or isolated cases to support their opinions as if they are the norm. Once you take a step back, most of the arguments start to fall apart.

Sure there are people who can excel in both fields - Brian May (e.g. Queen Guitarist  with a PhD in Astrophysics). People like May are are not the norm. In general, musicians are good in music, and the geeks are good at geeking. To suggest a scientist know what music is all akin is to saying a rogue businessman can lead a country.

You don’t see any music composed based on blind testing do you?

The next time you see people say things like ‘trust me, I’m a Scientist/Engineer’. Don’t trust him.

Founder and lead architect of Snakeoil OS - the ultimate audiophile operating system for music playback. My primary focus is in applying technology without losing the human touch.
Deprecated: mb_strrpos(): Passing the encoding as third parameter is deprecated. Use an explicit zero offset in /var/www/snakeoil/inc/_ext/_url_rel2abs.php on line 157 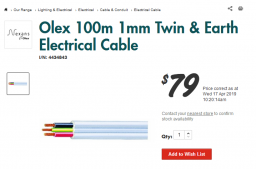