The takeaway bits are the new server is more powerful, lower power consumption and has heaps more RAM. The switch I’m using has 2x SFP+ ports supporting 10 Gbps connectivity. So I purchased some 10 Gbps network cards and wire up the new setup in the following configuration:

Basically the new Ryzen Server and the NAS now has a dedicated 10 Gbps link to the NAS, as well as another 10 Gbps link to everything else on the network. The direct link between the NAS and the Ryzen is used for iSCSI. The beauty of this setup is there are no longer any bottlenecks.

If I run out of CPU grunt, the whole system can be scaled up by adding additional Ryzen machines to the pool. The virtual machines will spread the load between themselves. When that time comes I’ll need to get an additional dedicated 10 Gbps switch so as there’s no bottlenecks. 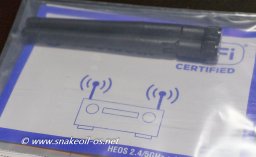