The proper term is Sensory Gating, from Wikipedia:

Sensory gating describes neurological processes of filtering out redundant or unnecessary stimuli in the brain from all possible environmental stimuli.[1][2] Also referred to as gating or filtering, sensory gating prevents an overload of irrelevant information in the higher cortical centers of the brain. The pulvinar nuclei of the thalamus play a major role in attention, and filter out unnecessary information.[3] Although sensory gating is largely automatic, it also occurs within the context of attentional processes. Though the term sensory gating has been used interchangeably with sensorimotor gating, the two are distinct constructs.[4]

This is akin to two people speaking to you at the same time, and you can only pick up one conversation and not the other. In other words, the brain hears what the brains wants to hear. What the brain doesn’t want to hear, they’re dismissed as noise. All this is done at the subconscious level and is totally involuntary and out of your control.

This illusion works well because the two words are short and they are stressed at the same location and at around the same time period. These conditions meant the brain is incapable of processing the information in full, so it is forced to drop one or the other.

Why is this important then? Some folks on the Internet claimed ‘Blind Testing’ as the gold standard, e.g. if it’s not blind tested, it’s not real.

Try this so called ’scientific’ tool on this clip and see how you go. Does this model still apply? No. Blind testing simply do not work. The brain is a complicated muscle and this audio clip should hopefully be enough to convince you blind testing is nothing but a myth.

I repeat - Blind Testing is a hoax.

At timestamp 0:19 I hear only Laurel, in fact I have not managed to hear Yanny at all - I envy all you Yanny guys … you are younger

I can hear one or the other (not both at the same time). With me it depends on the hour of the day. And I discovered this trick, not entirely sure if this will work for you, so YMMV.

If you hear "Laurel", close your mouth and pinch your nose with two fingers. Next try and give a big breath out. Because your mouth and nose are closed, you should feel a "pop" sensation in your ears. This is somethiing I do everytime I do after a flight.

Now listen to the video again. Do you hear Yanni?

I suspect this has nothing to do with age at all, just different pressurisation around the ear drums giving this audio illusion.

Nope, did not work. Tried everything, popping my ears and listening, popping the ear while listening… I will try maybe later tonight…

There goes my theory.

But at the end of the day this is an audio illusion. With Hifi, if you can only hear "Yanni", you tune and tweak your audio system to give you the most beautiful rendition of "Yanni". Ditto if it’s "Laurel", or both.

At the end of the day, music playback is also an illusion. Know what you can hear (i.e. your strengths) and maximise that. This is the only way to improve the audio rig. Absolutely requires the human touch, can’t do this with measurements. 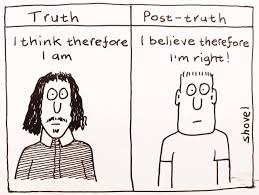