In a nutshell a fuse is:

an electrical device that acts as a sacrificial device to provide over current protection.

i.e. a fuse is something that will blow itself up when electrical current exceeds a pre-defined threshold.

This act of self sacrifice breaks the electrical circuit and this prevents everything behind the fuse from catastrophic damage (i.e. certain death).

An audiophile grade fuse simply put is an item constructed from components and materials with a single goal in mind - uncomprosing audio quality. The term “Fuse Rolling” involves replacing the stock fuse with a different fuse (not necessarily an audiophile grade fuse) to influence the sound signature of the audio system.

An example of an audiophile grade fuse is the TF Series Fuse from Furutech, pictured here.

Whether fuse rolling is something you should consider is subjective. Read on to find out if audiophile fuses is a thing for you.

Totally agreed with your review. Having installed and lived with two small Furutech fuses for 24 hours (obviously not burned in yet), I’ve found them to possess those characteristics that you described.

I’ve seen more expensive fuses advertised else where, so I think these Furutech are pretty cost effective especially for what they do to our gear. Thanks for the good work.

Snakeoil OS is free. Consider making a small donation to the project if you like what you're hearing. 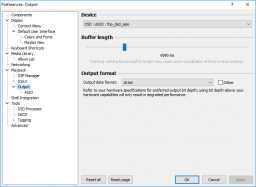