What is Inverted Phase

Note that a wave with inverted phase cannot exist on it’s own. Inversion is a property and describes a relationship relative to another wave form. On it’s own the wave form from the previous page and the one below are separate entities. But when compared together one is the inverse of the other, like mirror reflections of each other.

Another way of looking at this is every value on the Y axis has a factor of -1 applied to it. Keep multiplying by -1 again and again and you switch from normal and it’s inverse. Inversion is switching the sign from positive to negative and vice versa. Sign is also known as polarity, as such inverted polarity is another term we use to describe this.

Incidentally there is a very special property when you sum the wave and it’s inverse together - the magnitude will be 0 at every angle. The two waves effectively cancel each other out. If you have a mono signal feeding to two speakers, if you wire only one speaker out of phase and line them up you might hear nothing (or close to nothing). How cool is that?

In typical stereo setups though the only issue we are interested in are the relative phase at 0° and 180°. The goal is to have a system that wired up for in phase. Positive has to mean positive (+). 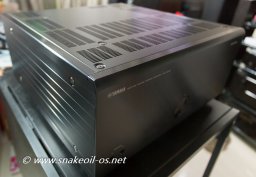